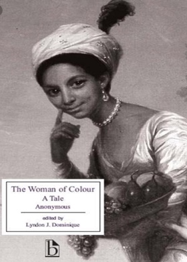 I’m on research leave until September 2019.

I’m going to leave that sentence on its own because it’s just so pretty. It’s one of my favorite sentences, somewhere between “turns out you were right” and “here are your pancakes.”

My last sabbatical was in 2011, and I was working primarily on Written/Unwritten. This time around I’ll be working on a book about anti-slavery/abolitionist literature in romantic/regency-era literature. I’m nervous about it. I stopped working on a different book because this one felt more urgent. My gut tells me it was the right decision, but I won’t really feel solid about it until I have some of the usual signs that a book will be a book. Some of the pressure is because while this is my second book, it’s the first book I’m writing in my primary field, and that feels a bit odd. I know I’m kind of out of order with my publications, but then maybe if the academy wasn’t so persistently hostile to black academics, particularly women…anyway. It’s not exactly “Imposter Syndrome” that I feel, but I’ll feel better when it goes from “in progress” to “under review.”  I’m also eager to write more fully about what I reflected on in my Jane Austen piece for The Atlantic and wrote about for Lapham’s Quarterly.

In the spring I’ll be giving two talks from book chapters. P19 has invited me to give a talk on February 28th in Philadelphia.

I’ll be sharing work from my chapter on The Woman of Colour, A Tale, Mansfield Park, and “Belle.” The talk (and maybe the book chapter) is titled: “I yield up my independence”: Marriage and Shades of Mansfield. This chapter is based on work I did for two British Women Writers Conference papers (one quite good, the other quite meh). It’s taken me a few times through the Woman of Colour to work out why I think it matters to this discussion, and I’m glad to write about Austen in this context. In my early drafting, I’m struck by how much I’ve missed in “Belle” because, like so many of us, I’m still processing what it means to see women of color featured at the center of stories about nineteenth-century England. The fact that John Davinier doesn’t seem to have lips is also distracting.

After a pretty good blog post, a hot mess of a creative non-fiction essay (unpublished), and two conference papers I’m quite proud of, I’m finally working out how Kara Walker’s sugar projects fit into how I read abolitionist discourse and material culture.

I wrestled with this in a lecture I gave last fall where I felt more wobbly about the implications of the work than I realized. So, I’m incredibly excited to keynote April 6th at St. John’s University Graduate English Conference: “Forms of Justice: Reflections on Writing, Creativity and Social Change.”  The title of the talk is ‘a violent effervescence will ensue’: Sugar, Gender, and Power. Last spring, I spent time in the Historical Medical Library in Philly and read eighteenth-century books about sugar production. That’s where I think I’ll start. The juxtaposition between how we get sugar and what it’s used for, materially and linguistically, is central to the book.

Emily Rohrbach is the principal organizer for the 2019 International Conference on Romanticism in Manchester, UK, and I’ll be there.  The seminars look intriguing, and I hope folks will participate in mine. If you spend time with me in real life, you know I’m obsessed with Wollstonecraft’s complicated politics around race, slavery, and abolition. I’m hoping for papers that push us (and me in particular) to think in very nuanced ways about the interplay between white women’s political ambition and representations of race in the nineteenth-century.

Written/Unwritten is still out there doing its thing. I’ll give two talks related to my diversity and inclusion work, both in March. My 2019 resolution is to expunge “on” from all of my titles:

On Diversity and Inclusion

On and On and On

No and No and No

Check back for more info about times and locations for these talks.

I’ve decided that I’ll feel better about writing this book if I thank folks publicly along the way.  So, I’m thankful to those who have gently but firmly pushed me to think through the book I actually want to write, in the way that feels best for how I see the possible impact of my work: Kim Hall, Matt McAdam, Manu Chander, Devoney Looser, Matt Sandler, and Tina Iemma.  They’ve read the proposal and a lot of the pre-writing drafting that goes into my writing. Someone recently described me as the “happiest academic in the world.” That’s not true—partly because I’m not that naïve and partly because I’m a Black woman.  What is true is that I spent almost all of my pre-tenure years feeling isolated and marginalized in ways that I never imagined.  To find myself post-tenure in the company of brilliant people who take time to support my writing means more than I can say. More than happy, I’m just extremely thankful.

Recent Posts: Written/Unwritten: Diversity and the Hidden Truths of Tenure

I’ve been working with a small group to come up with strategies that will help faculty and their institutions respond to challenges to academic freedom.  These challenges aren’t particularly new, but things move at the speed of Twitter, and so these challenges have increased and seem to follow a pattern, a professor (often but not […]

I mean it is out and about where people can just walk into places and events and buy it I had this cute idea that I would write a monthly update about how things are going with Written/Unwritten—as if the rest of the world would stop just because this book is out in the world. […]

It’s been a busy first month for Written/Unwritten and for me. The official release date was the day before the apocalypse, but even before the publication date response to the anthology have been overwhelmingly positive. At one point in the process of getting the book together I sighed to a friend that it was taking […]

Foundations Responding to the Calling: The Spirituality of Mentorship and Community in Academia Houston Baker, Jr with Ayanna Jackson-Fowler Building a Canon, Creating Dialogue Cheryl Wall with Rashida Harrison Navigations Difference without Grievance: Asian Americans as the Almost Minority Leslie Bow In Search of Our Fathers’ Workshops Lisa Sánchez González Identities Tenure in the […]

Written/Unwritten: Diversity and the Hidden Truths of Tenure is available for pre-order through UNC Press. Buy before June 30th and receive a 40% discount (code 01DAH40).